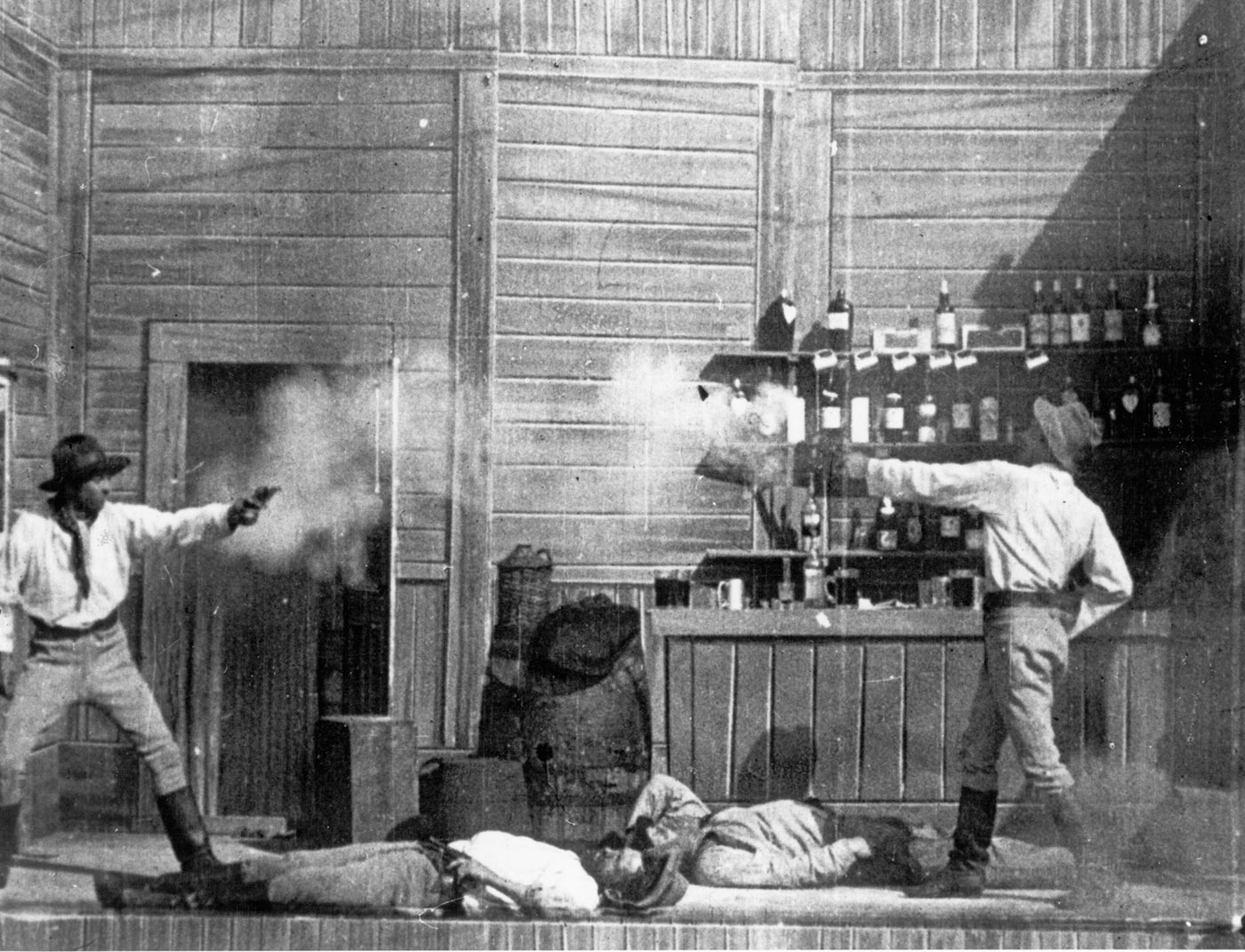 In the early 20th century, some of the first legislation to address the cinematograph was laid by the New South Wales (NSW) Theatres and Public Halls Act 1908, which enforced a licensing system. The Act was enforced by NSW Police, who required exhibitors to provide a synopsis of the film a minimum of 24 hours before the picture screening (Bertrand, 1978, 39). Concerns about public safety from fire, soon turned to address the effect of the cinematograph on young audiences. Films that portrayed subjects committing crime or that elicited sympathy for criminals were perceived as objectionable with the potential to corrupt the young. In 1912, the NSW guidelines were amended to prohibit:

The final stipulation effectively stifled the Australian bushranging genre that had begun with The Story of the Kelly Gang (Tait, 1906). This film depicts the exploits of real-life Australian folk hero Ned Kelly and his gang, including the gun fight captured in the above image. Kelly was hanged in 1880 for crimes including the murder of Police officers. At over 60 minutes long, The Story of the Kelly Gang has recently been recognised by UNESCO as the first narrative film to be produced, signalling the beginning of the feature film format. In 1916, a Censorship Board for the state of NSW was established and, a year later, the Commonwealth Board of Censors was also constituted in Victoria. Commonwealth censors initially observed the procedure of reading the film’s synopsis by deputy censors to read and flag any films for screening by the Board (‘Censoring “The Movies”’, 1919). But the Commonwealth Board made censorship decisions based on the broad criteria of whether a film was “blasphemous, indecent or obscene”, and after the establishment of the Commonwealth Board, the NSW Censorship Board retained the capacity to overturn their decisions. The state Board could also make decisions on locally produced films – something the Commonwealth Board of Censors working under Customs law lacked the power to do.

In 1919, the NSW guidelines were expanded. While retaining prohibitions on bushranging and “demoralising effects” on young minds, they also gained the following clauses that illustrated further concern regarding the screening of “social hygiene propaganda”:

By 1920, all Australian states had laid the groundwork for some form of cinematograph legislation to ensure public health and safety that potentially paved the way for censorship guidelines on content too (Bertrand, 1978, 9). As the main port for film importation, Sydney would remain a significant site for censorship, housing the censorship authority premises from 1930 to present day.