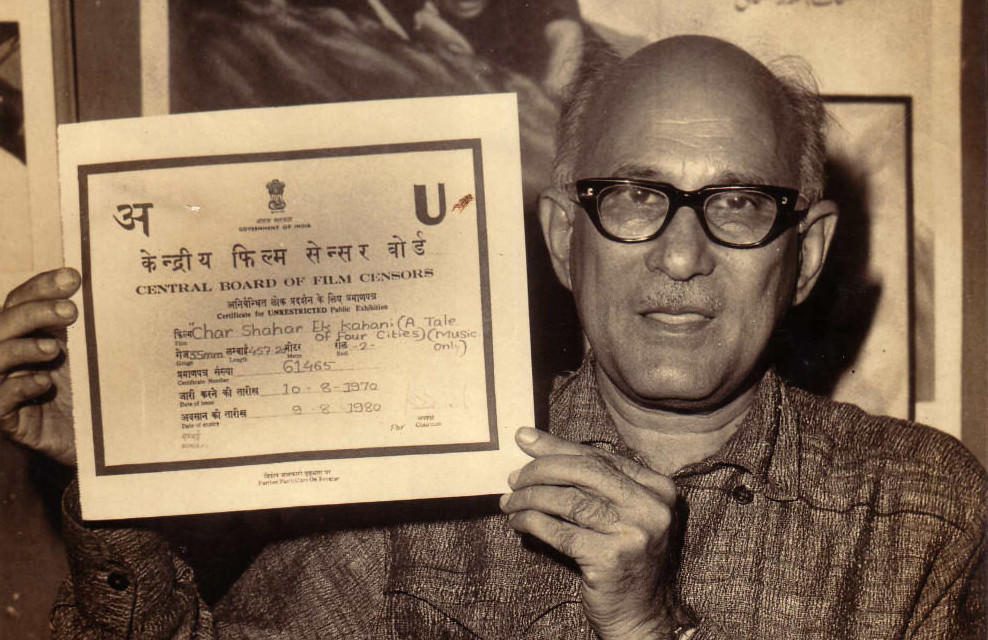 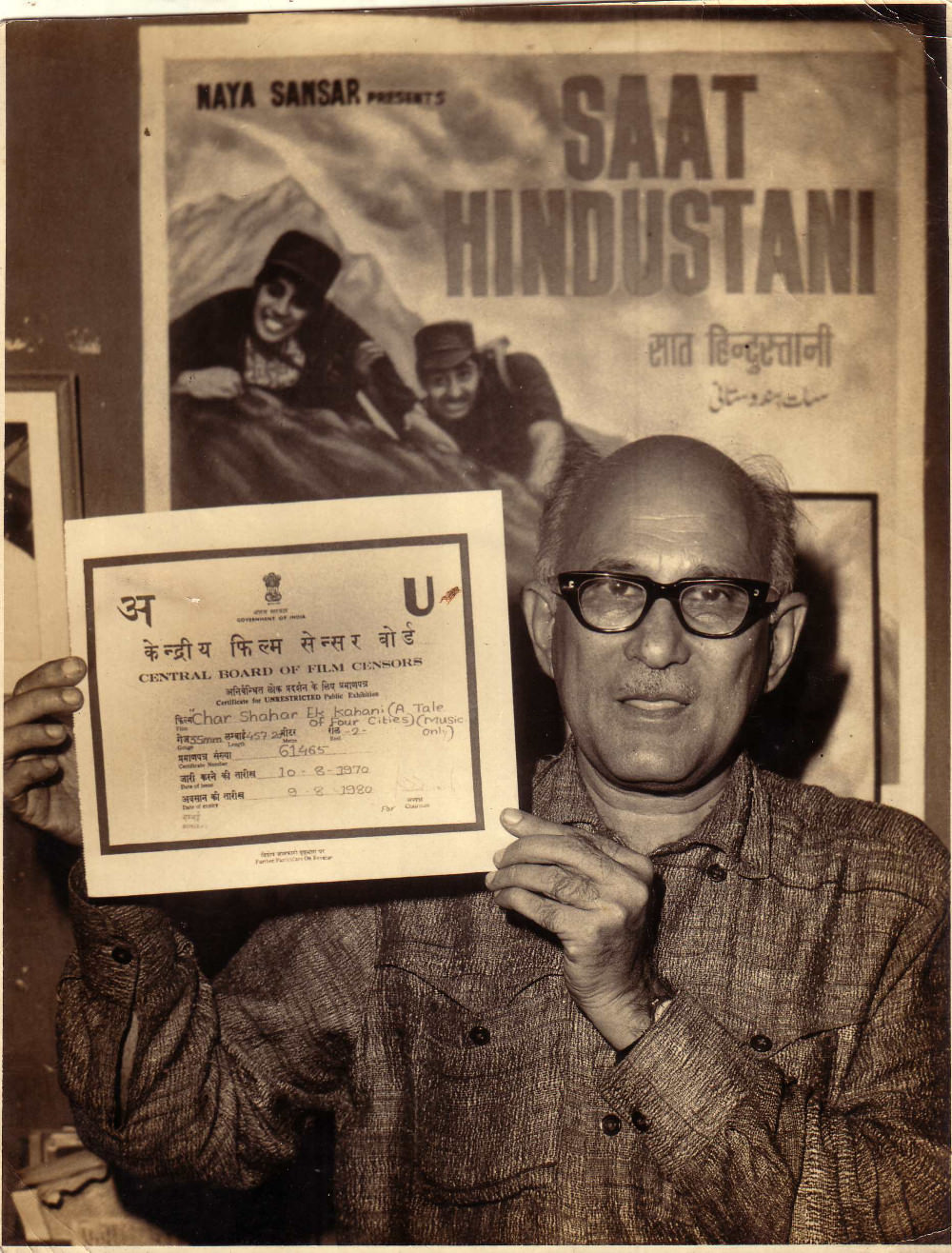 Khwaja Ahmad, or K.A., Abbas (1914-1987) was an Indian filmmaker and journalist and had been a member of the Khosla Committee (1969). His documentary, A Tale of Four Cities, was awarded an A certificate by the Censor Board because it included scenes of prostitution in a Bombay red-light district. Abbas refused the A certificate and sought to challenge the constitutionality of the pre-censorship of cinema, in relation to Article 19(1) (a) or the fundamental right of freedom of speech and expression, in India’s Supreme Court. Ruling in his favour, the Supreme Court granted the documentary a U certificate without the censor board’s required cuts, but it upheld the constitutionality of film censorship.

In his judgement, Supreme Court Chief Justice M. Hidayatullah justified censorship through his conception of film as distinct from other media. He famously stated that:
“The treatment of motion pictures must be different from that of other forms of expression. This arises from the instant appeal of the motion picture, its versatility, realism (often surrealism), and its coordination of the visual and aural senses. The motion picture is able to stir up emotions more deeply than any other product of art. Its effect particularly on children and adolescents is very great since their immaturity makes them more willingly suspend their disbelief than mature men and women. They also remember the action in the picture and try to emulate or imitate what they have seen. Therefore classification of films into two categories of ‘U’ films and ‘A’ films is a reasonable classification.”
Hidayatullah’s judgement determines the legitimacy of film censorship through the specific nature of the medium and a presumed audience, and thus its capacity to influence. Monika Mehta (2011) further outlines that the judgement drew on the case Ranjit D. Udeshi vs. State of Maharastra, itself dependent on the sections of the Indian Penal Code that regulate obscenity, to distinguish between works of art and other representations. The court considered insufficient distinction between artistic and inartistic representations in the censorship guidelines the major problem in the censorship regime (Mehta 2011). The in/appropriate form of sexual representation, or the difference between artistic and inartistic sexual content, is hardly resolved by Hidayatullah’s judgement. He states: “We may view a documentary on the erotic tableaux from our ancient temples with equanimity or read the Kamasutra but a documentary from them as a practice sex guide would be abhorrent.” – Liam Grealy