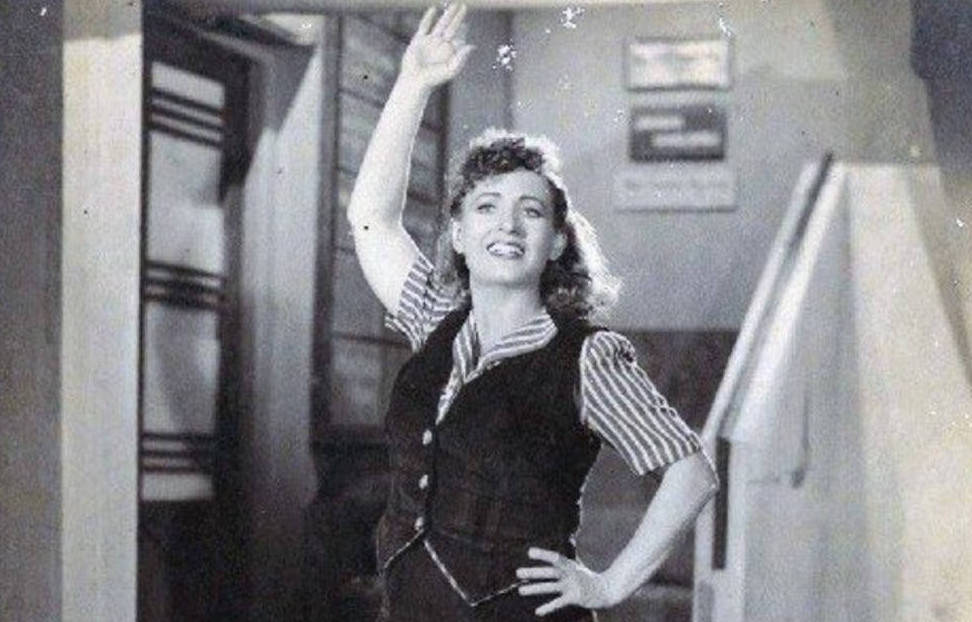 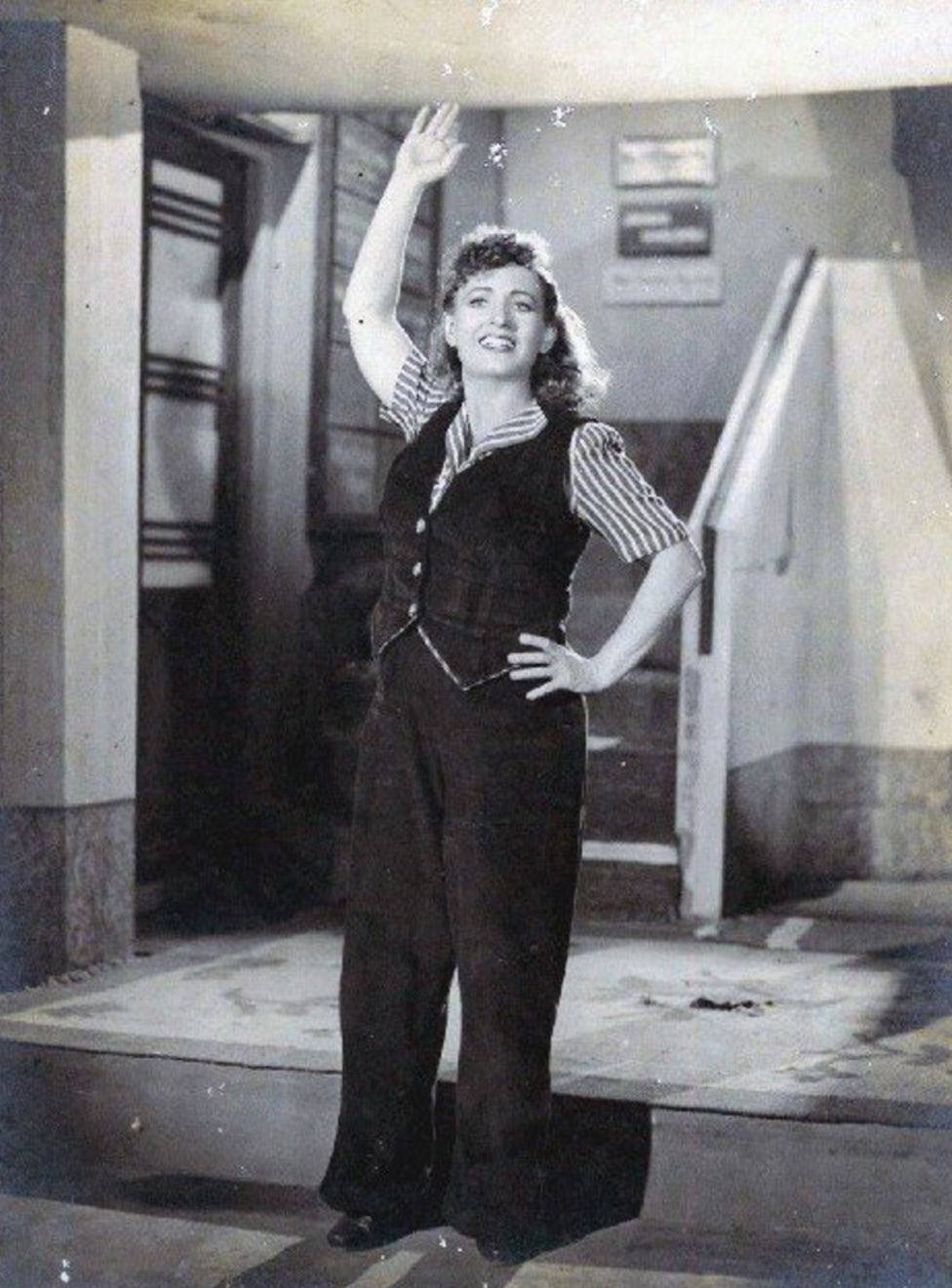 Starring the “Indian Pearl White” Fearless Nadia (Australia-born Mary Ann Evans or Mary Evans Wadia) and directed by her husband Homi Wadia, Miss Frontier Mail was the third film in the Diamond Thriller series. A railroad comedy thriller and vehicle for Nadia’s stunts, Savita Devi (Nadia) is at the centre of a plot in which her father the station-master is framed for murder by an antagonist (Signal X, her uncle Shyamlal) who is working for a tycoon that wants to replace the railway service with his own airline service.

Though released in the era of the “talkie”, Miss Frontier Mail incorporates techniques from silent cinema, such as an absence of dialogue in the opening seven minutes, music and costumes to signify character, and title pages throughout. The movie was an expensive production but a huge success, with a Hindustan Times article from 19 June 1936 claiming 50 policemen were required to control unruly crowds into the film’s fourth week running in Delhi. “Frontier Mail” is Savita’s nickname, referring to the Frontier Mail of the B.B. and C.I. Railway (India’s most modern train of the era) and her ability to move quickly, whether riding a bicycle, horse, or driving a car: “Is this a woman or a train?” This characterisation draws on Fearless Nadia’s extra-diegetic star persona. During her adolescence in Peshawar, Nadia pursued horseback riding, hunting, and shooting and as a young woman studied ballet in Bombay under Madam Astrova. She performed for British troops and Indian royalty and toured India while working for Zarko circus.

Rosie Thomas (2007) suggests that Nadia’s filmic nickname also signifies the ambivalence of both the railways, as a modern colonial network, and India’s northwest frontier, as the supplement to its modern cities and the site at which colonial armies defended their territory. Nadia is presented in scenes “exercising in her home gym, with a halo of blonde curls, bulging white thighs and the briefest of gym vests”, styles unlikely to be adorned by a non-Anglo Indian woman in Indian cinema at the time. Thomas suggests that the Wadia brothers (as director and producers in Wadia Movietone) negotiated Nadia’s whiteness as both recognised and disavowed – “She was India’s own Hollywood star, India’s unapologetic, droll appropriation of Pearl White’s potent global grand” (Thomas 2007, 300) – while simultaneously posing questions about her femininity. Thomas (2007, 300) notes an Indian precedent for Nadia’s masculinised performance in India’s legendary cross-dressing warrior women know as “viraangana”, and describes her as a liminal figure:
“The key to Nadia’s appeal lies in her fluidity: male/female; white/not quite white; Pearl White/not quite Pearl White; modern woman/traditional warrior; the speediness of modern technology/a playful comic character. She is a canvas across which multiple identities can be played to forge a new modern Indian femininity. With the film itself tempering the appeal of speed with comedic slowness, the signifiers of Westernised modernity become reworked as distinctively Indian.”
Nadia, and the Wadia films in general, in their appropriation of American film genres alongside references to Indian popular culture and politics, indicated the transnational circulation of film cultures at the time. – Liam Grealy