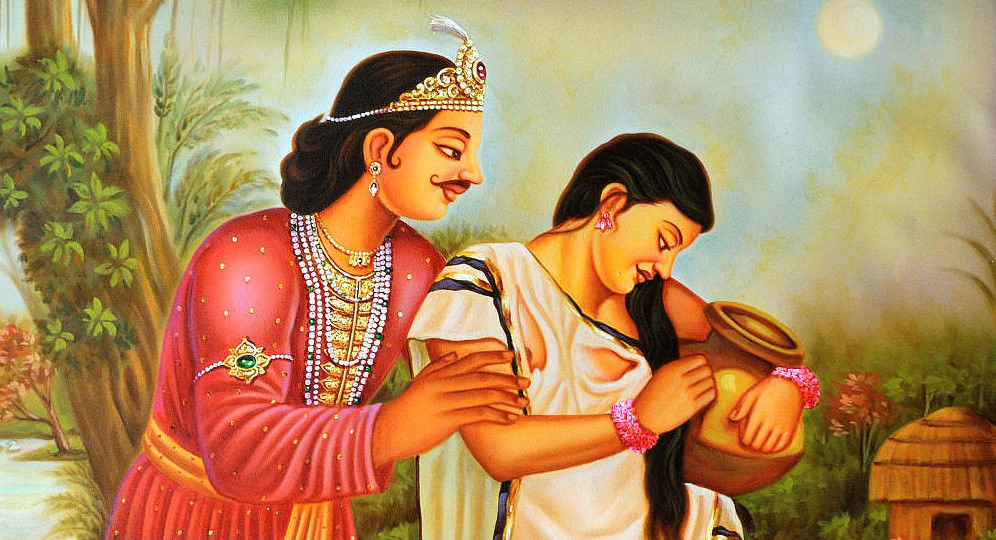 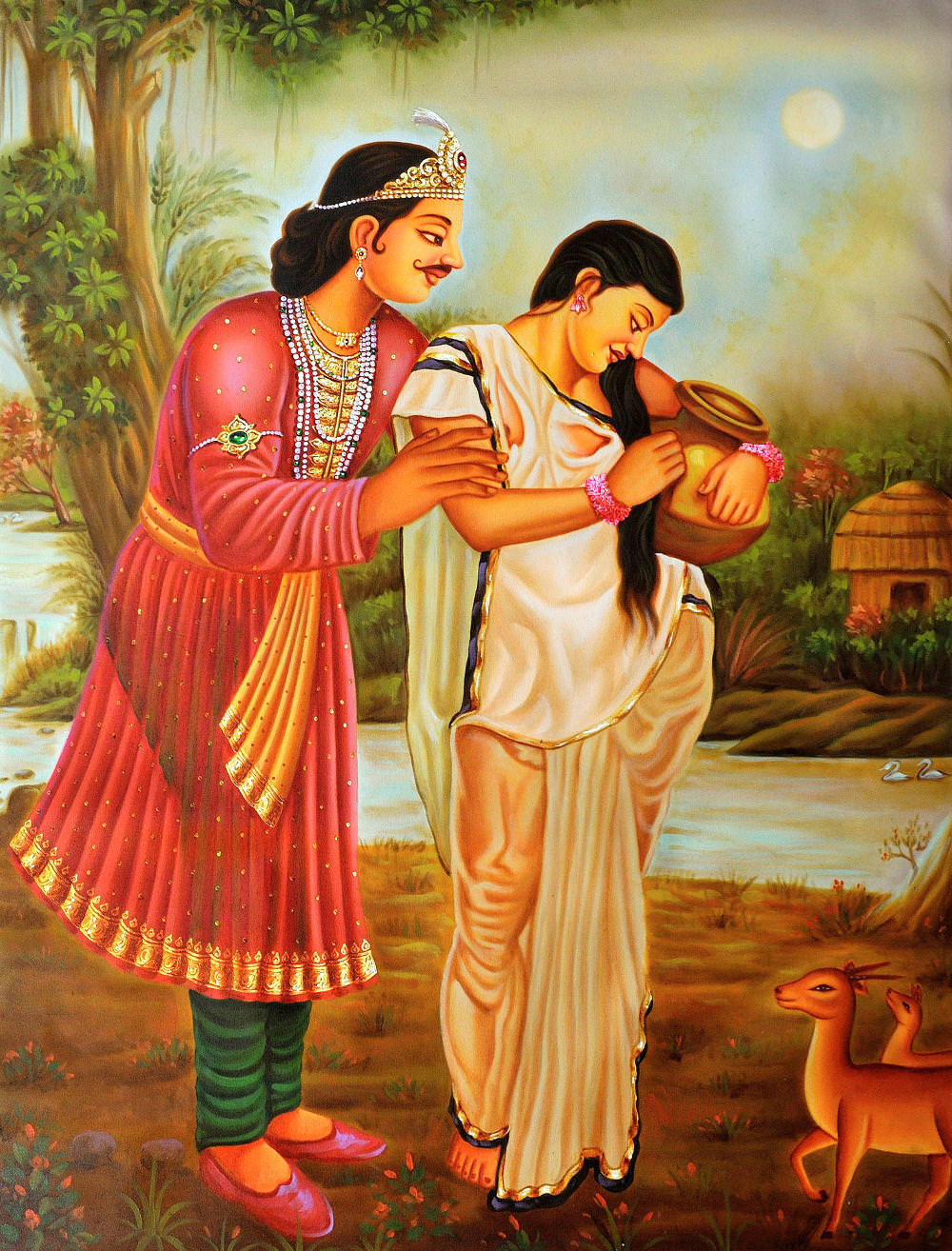 Shakuntala is a costume drama directed by V. Shantaram, the founder and former director of Prabhat Film Company and subsequently a member of the 1951 Film Enquiry Committee. Shakuntala is a figure from the Mahabharata, named after her discovery as a baby in the forest surrounded by Shakunta birds, and subsequently the wife of King Dushyanta and the mother of Bharata. The film is adapted from Abhijñānaśākuntalam (Of Shakuntala who is recognised by a token), a play by the classical Sanskrit dramatist Kālidāsa. In this story, Shakuntala is chanced upon in the forest by a king who falls in love, marries, and impregnates her. He leaves her a ring and vows to return. Shakuntala is cursed by the short-tempered rishi Durvasa after she fails to treat him appropriately at her father’s ashram. He deems that the subject of her daydreams will forget her, revised to the curse that the King will remember her when presented with a relevant personal token. King Dushyanta fails to return, and Shakuntala loses her ring in a river. Years later, a fisherman discovers the royal ring in a fish and takes it to the king, who remembers Shakuntala and returns to her and their grown son.

Shantaram’s 1943 film is one of multiple productions of Shakuntala. The screen-play adapts Kālidāsa’s play to have Shakuntala initially reject Dushyanta’s advances when he finally returns but the two quickly reconcile. Shantaram’s Shakuntala is notable not only for its commercial success (running for 104 consecutive weeks) but as the first Indian film exhibited commercially in the U.S. A New York Times “At the Art” reviewer wrote on 26 December 1947 that Shakuntala has “a charm entirely its own”. The review contains an early version of US condescension toward Indian film, noting “the lovely backgrounds, the unabashed naïveté of acting of the entire cast, the crudely rich musical score, and, above all, the expertly flavorsome English subtitles”. – Liam Grealy